This week we learned that sleep deprivation and cooking do not mix. On Thursday I thought I would try a new recipe: "pineapple chicken". It was the first time all week I had a dinner fixed before Stevie came home from studying. After congratulating myself on a job well done I turned on the burner for some rice and left the kitchen to tend to the boy. About forty seconds later "CRASH"! The pyrex full of dinner exploded in a sizzling, drippy mess. In my sleepy haze I turned on the wrong burner and caused culinary mayhem. We decided that shards of glass do not make a good garnish--dinner once again became cereal.


Later that night I decided to make some Ovaltine before heading back to bed for the third time. I poured a tall mug of cold milk and set the microwave for 2:30 (the perfect ovaltine setting). When the timer went off I opened the door to find nothing inside and a mug of cold milk still on the counter. Yikes! I put the cold milk into the microwave and two minutes and thirty seconds later pulled out a still chilly mug. Farewell 40$ microwave.

Despite kitchen disasters things are great--the weather has warmed up again and we have spent some fun days at the park:

What is with this crazy weather? 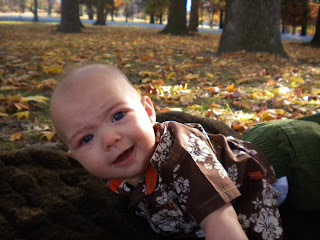 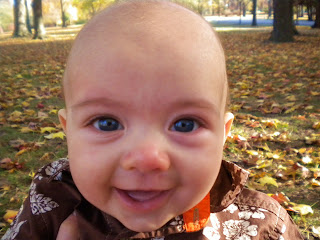 Also, on Halloween we finally figured out how to keep him occupied and happy. 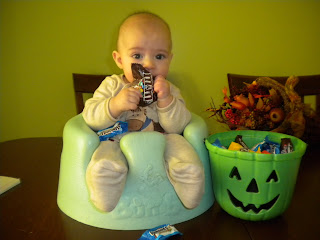 For the past several weeks ladybugs have been everywhere and on everything. They adhere to us when we walk outside and sneak into the house--perhaps they are attracted to the green walls. Stephen escorted several out yesterday only to have them cling to the back of his shirt and come back in. This morning I went to kiss him to find a ladybug crawling up his neck! I don't know what happens to ladybugs--but I hope they fly south for the winter. 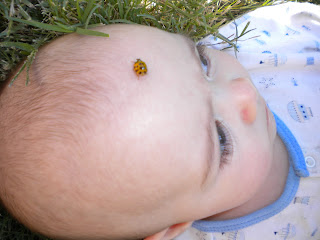 He doesn't seem to fazed by his close encounter of the speckled kind. 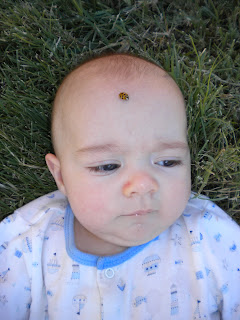 He loves to watch them walk around the windows 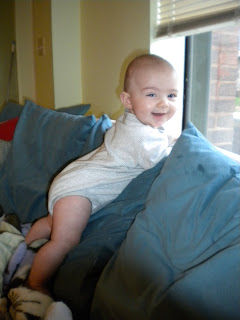 This tree was covered with hundreds. 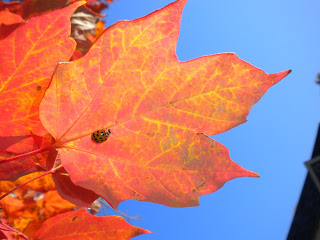 Also, thanks to Claire for the awesome coat jacket, he has just grown into it! 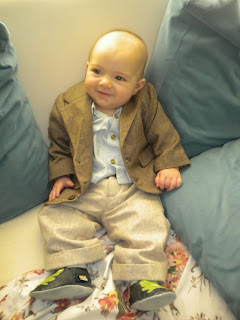