We have been doing lots of fun outings recently.  We went to the zoo and pet the sting rays.  Davy said, "oh, wow!"  every time we got near one.  And we went to the transportation museum, which has two dozen old trains on tracks where you can climb in and ring the bell.  Davy loved looking at each engine, but especially loved the Thomas train track in the learning center.  We spent an hour and a half moving trains around,  which is basically how we spend 90% of our time at home. 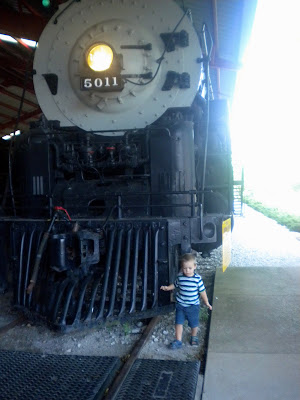 I forgot to post this great picture of Davy and Ralph from our Christmas visit.  Davy has grown up so much since then. 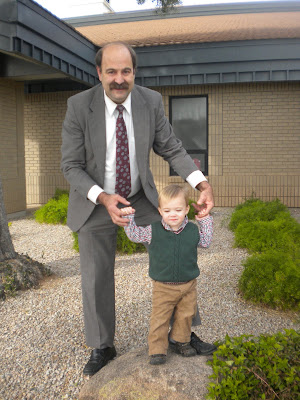 I just finished another quilt and am learning a little more each time.  Hooray for youtube and their how-to videos.  I wish I had picked different colors, but will know for next time. 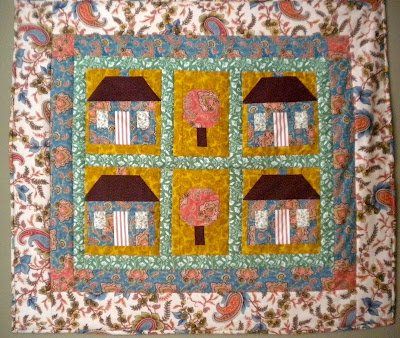 Stephen just started third year (we're over half-way!) with an ob-gyn rotation.  He has some wacky stories, but seems to like it okay.  His schedule has not been too bad--yet.  The day before he started I gave Davy and him new haircuts.  I have been cutting Spo's hair for four years with nary a mistake except this one.  Half way up the back the razor shield popped off and I shaved a nice 2 inches of baldness into his head.  I cut everything else pretty short to cover up, but it was pretty noticeable for a week or two. He was really nice about it and said he had to wear a surgical cap anyways.

Davy loved his haircut because I told him it was a "buzz cut".  I also let him interpret that however he wanted.  He went from shaggy...(pictured with best bud Weston, or "wetin".) 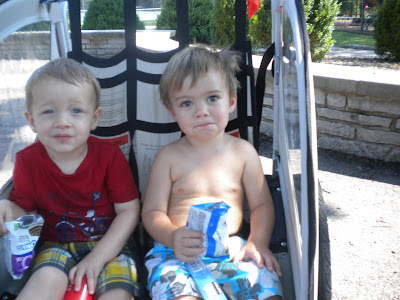 To Grown-Up-Boy.
Here he is counting, "Two, One!" while convincingly pretending to leap but really just stepping off. 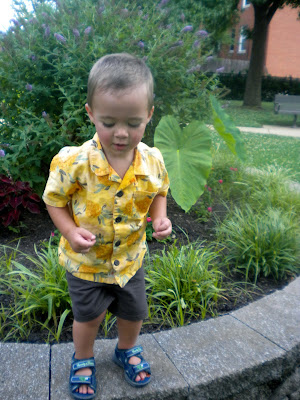 He let this little girl ride on his trike and gave her a flower sans prompting.  He's one smart boy. 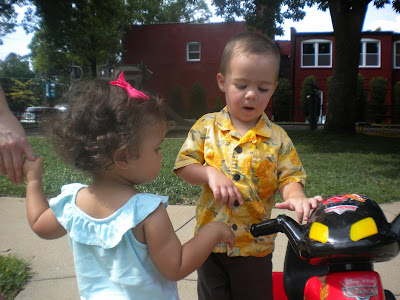