This is Davy at a neighbor's Easter Egg hunt. 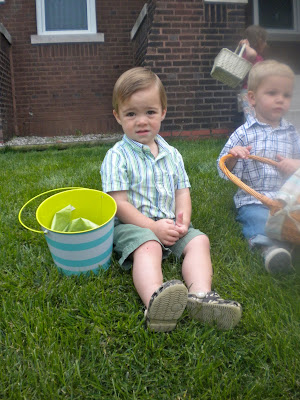 He caught on pretty quickly and we had to discreetly toss a few back on the ground for the other kids. 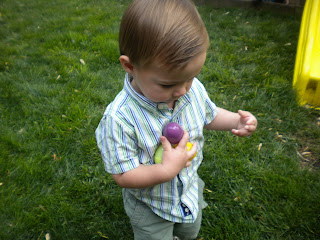 Two days later  he tripped on his sandal at the zoo and fell straight into a bench.  There was lots of blood and lots of tears (both of us) but he really did remarkably well.  He ended up with three stitches, a chipped tooth, and a puffy lip. 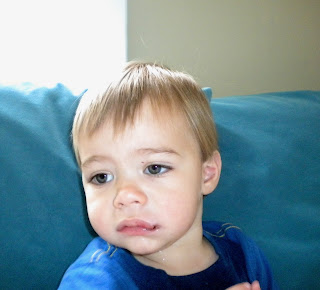 I am amazed how quickly he healed.  We spent 3 days in a Buzz Lightyear marathon, but by the following Saturday he was ready for Easter Egg Hunt number two. 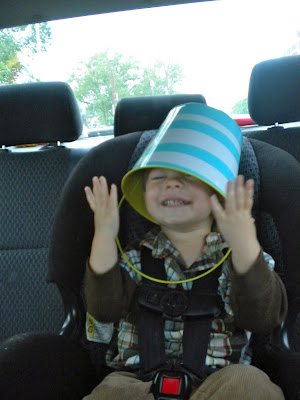 I was also astonished this week by his secret vocabulary.  We were outside our favorite little candy shop and I was explaining that it was closed.  He said, "locked!"  "keys!" and then tried to fit my car keys into the door.  After two weeks of hearing "No" exclusively, this was a nice change.  Apparently with enough motivation, he can speak pretty well.
Posted by Glori Olsen at 8:08 PM 5 comments: