Davy has started to play games with us. We love to hear him crack up.

Spring! (alternatively titled: Not quite as super cold!)

This week we have spent  a lot of time in the park.  It is amazing to go outside without turning into an ice zombie.  Davy and I have pulled out the jogging stroller again and have gone on some runs through the park to the play area.  He loves to be in the stoller and he loves to swing! 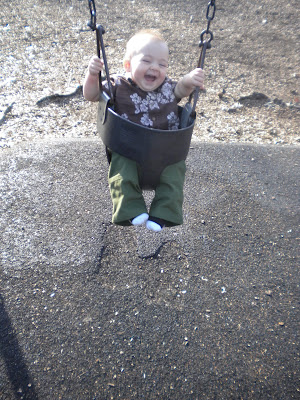 He is turning into such a little man.  We got him a push toy which he refuses to push but likes to sit on.  He has no desire to crawl but scoots rolls and slides everywhere.  He has developed a new stealth method of moving while he is sitting up.  Sometimes I look up and he has managed to make it across the carpet, however I haven't caught him in the act and don't know how he does it. 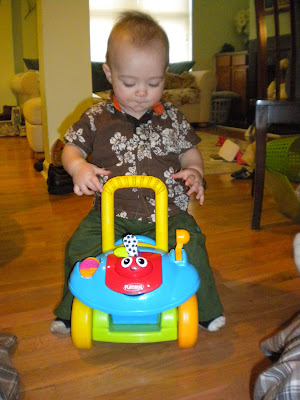 This is my favorite picture.  He looks exactly like an old man smoking a stoagie in bed.  Don't worry--it's a cracker. 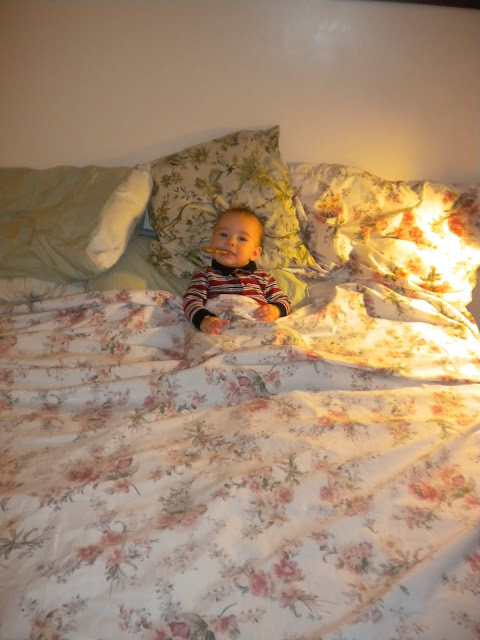