Wow, only five weeks left until we meet little brother.  We are getting the house ready for a new baby and trying to figure out where he will sleep.  Davy is also getting excited to be a big brother.  The other day he looked at me and said, "Mom, do what I do--like this" and sucked in his gut.  I reminded him that I had a baby in there and he took up space.  He seems to think I am intentionally sticking out my tummy to be funny. 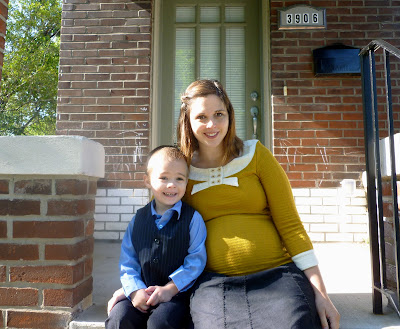 Davy also has a future as a personal trainer.  When we go on a walk he insists that we "run like zelda" when I lag behind, he says, "No, run! Run like me! Don't walk! Be like Zelda!" I usually beg Stephen to take him walking when he gets home.  He spends most of his time pretend playing these days. He walks around the house with a sword tucked in the back of shirt attacking bad guys, usually the couch and the refrigerator.  He will bring me the extra sword and say "on guard!" and we have a nice little fight until he says, "wait--I'm going to disarm you".  Then I stand with the sword limp and let him whack it out of my hands.  This happens roughly 40 times a day.

He also loves to play, "Let's pretend to go to church" with Stephen.  He puts on one of his zip-up ties and puts another of his ties on Stephen. He then tells Stephen to, "Go to nursery, ok." and adds, "Don't be sad." He then turns to the wall, stands there silently and says, "I'm talking to people." If Stephen is quiet long enough, he decides the game needs another twist and tells Stephen to be sad. 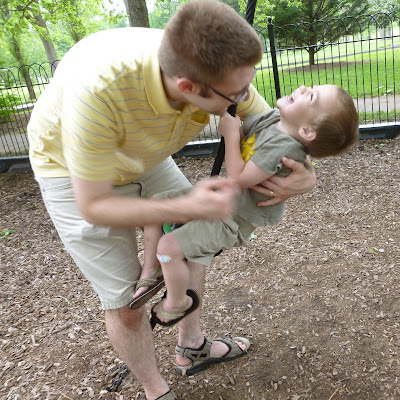 Dave and Weston--a pose that best guy friends can only pull off when they are toddlers. 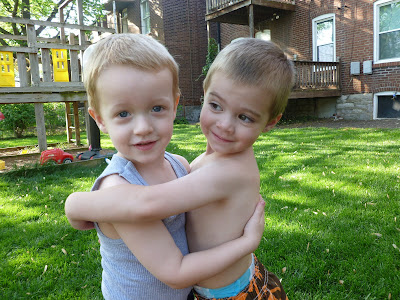 They made party hats at story time.  Our favorite story time does a craft related to the book.  We go every Friday and Davy always asks the lady what the craft will be before she reads.  I am pretty sure that is his favorite part. 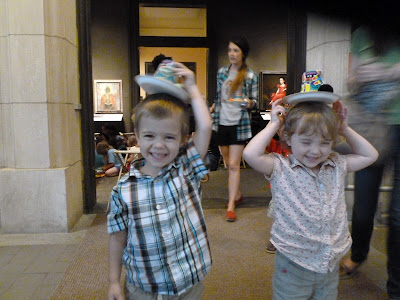